Sarah Beaumont, Head of Governance at NPW – The Education Space, talks about governor development, cinematic showdowns, and being on a boat.

Being invited to speak at a school governor awayday today was an absolute joy for two reasons: (1) it was one of the first physical events I had attended post-lockdown, and (2) it reminded me of the benefits of allocating time for reflection.

Governing Board meetings have a structure, or at least they should have! But an agenda seldom allows for much discussion and reflection, without the overbearing pressure of time and a whole bunch of other items that need attention.

In governor training, I recommend that governors should revisit their vision, mission, and aims on a regular basis, to ensure that everyone is clear of their purpose and the direction in which they are steering their school. They should consider their priorities, perhaps align these to the school improvement plan, and strategically prepare for what is coming up in the future. That all sounds good on paper doesn’t it, but when do you ever have time to do this? 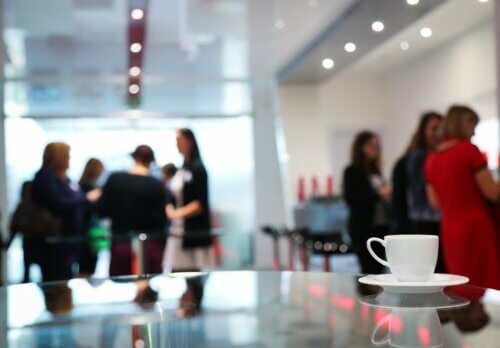 In my professional view, a governor awayday is an invaluable opportunity for school governors (and/or trustees) to literally get away from their day-to-day meeting regime and reflect. The fact that it is an ‘awayday’ is important. It should take place away; away from the school premises in a setting that is different, and for a day (or so), because this affords the luxury of time for more in-depth thought.
Spending time in a different location as a group is, in itself, a team-building exercise. You have to make arrangements to get there, possibly with the help of others. It may be somewhere you don’t know and you have to find. You will already have things to talk about, which will be different from your usual meeting openers: “I took the wrong line on the Docklands Light Railway”, “the taxi dropped me at the wrong wharf”, the number 325 bus didn’t come,” etc.

Then there is the excitement of it all: looking forward to discovering a new location, wondering what the food will be like, and whether there are interesting things to see nearby.

There is also opportunity to invite outside speakers, who can facilitate discussion and advise and support. That was my role today, when I attended a governor awayday. On a boat!

I had been there before, on a rainy December night, with planes roaring overhead in and out of City Airport. It was a large boat in dry dock, converted into an events venue. I remembered it as a location that would make an excellent backdrop for the final scene of a gang movie, with possibly a shoot-out or, at the very least, a drowning.

On a July morning, with fluffy clouds suspended in a blue East London sky, admittedly it did look different. But as I drove past a yard containing stacks of pallets at 8am into a large gravelly carpark at the water’s edge, I was welcomed by a security guard who informed me that a large film crew had taken over the area to film a movie. There were rows and rows of juggernauts, and a whole circus of caterers, and sound and lighting technicians, all nestling near the water’s edge. I guessed they were probably filming the movie’s closing scene containing a shoot-out or, at the very least, a drowning!

School governors gathered. Some had not seen each other for a year. Some were self-isolating as per government guidelines, appearing as ‘talking heads’ on a screen. There was much to catch up on, interspersed with watching aeroplanes coming into land over the stretch of undulating Thames outside the window, beyond a tray of coffee and pastries.

My presentation was on governance structures, and triggered discussion on different models to help the board consider future growth and collaboration with other schools. The conversation would then move to a focus on the governor constitution and desired skills for effective governance, and then, later, planning.

The benefit of the day would carry the governors through the coming year, as they drew on what they had learned and decided. But I hope that they would also be better for the experience of coming together in a different place and giving themselves time to reflect.

I certainly was enriched from meeting them all and sharing in their positive and infectious energy, whilst they talked about their schools and improving the outcomes of their pupils.

And of course, I will be avidly watching to see if I can spot any school governors in the next block-busting movie at the cinema.

Sarah Beaumont is Head of Governance at The Education Space, and is available as a speaker, trainer and facilitator at Governor events and awaydays.